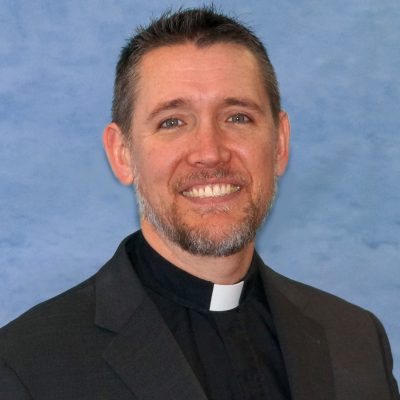 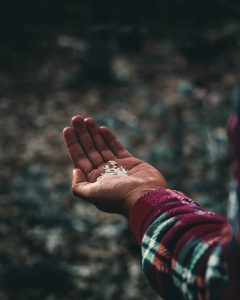 Happy October! What a beautiful fall we have been having, but it will soon be getting cold. And soon it will be time to start cleaning out my garden and preparing it for winter. It was just about four months ago that I was eagerly planting seeds with the expectation that they would grow and provide good food for my family…and that is what they did! Praise God! This whole idea of planting seeds is a concept God uses in Scripture quite often. In Matthew 13, Jesus tells the following parable:

“A farmer went out to sow his seed. As he was scattering the seed, some fell along the path, and the birds came and ate it up. Some fell on rocky places, where it did not have much soil. It sprang up quickly, because the soil was shallow. But when the sun came up, the plants were scorched, and they withered because they had no root. Other seed fell among thorns, which grew up and choked the plants. Still other seed fell on good soil, where it produced a crop—a hundred, sixty or thirty times what was sown.

The farmer in Jesus’ story is the Lord, and He is always sowing His Word on people. Some people are like that path; when the Word hits them, they reject it quickly before it has
time to germinate and grow. Other people are like those rocky places; when they hear the Word, they initially get excited but it doesn’t take much trouble or persecution to make their excitement wane. Still others are like those thorns. The openness to the Word just isn’t there because it is choked out by the love for other things above God’s Word. And finally there are  those like the good soil; they are wanting to hear the Word, the Word grows in them, and they  Produce good fruit for God’s Kingdom.

Look at yourself today. God wants to sow His Word into your life. That seed has the potential to  produce good fruit in your life, in your family’s life, and in the world around you. So, the question is: what kind of soil are you?

Welcome
Welcome to St. John's Lutheran Church! We would love to hear from you. Submit a message and someone will get back to you shortly. God's blessings.